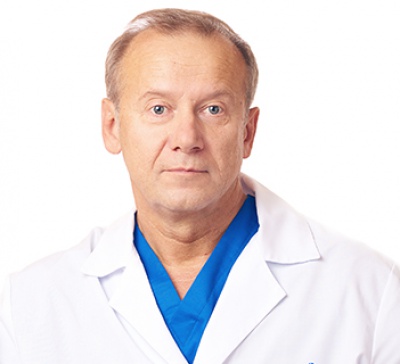 Budarin Vyacheslav Ivanovich was born on the 5th August, 1959 in Kimovsk Tula region.

After finishing school in 1980 Vyacheslav Ivanovich entered the 1st Sechenov Medical Institute in Moscow on the medical faculty.

After the graduation in 1986 he was placed on a job in Tula region Health Department and was assigned to work in Semashko emergency hospital.

In 1986 he took the internship on the basis of the 1st surgical department of Semashko emergency hospital in Tula.

After the graduation from the internship in 1987 he worked as a surgeon of emergency team, and since November 1988 he had provided emergency cover in Semashko hospital.

In 1987 by the decision of the regional certification committee Budarin V.I. was put into the 1st qualification category by the speciality of a surgeon.

In 1998 Vyacheslav Ivanovich was accepted in ZAO "Institute of Clinical Rehabilitation" to the lowest bidder on the position of a surgeon.

Budarin V.I. is modest, polite, very accurate in his work and attentive to his patients, firm of purpose. For the work period he showed himself only to the positive. He is a practitioner and a research worker.

Budarin V.I. enjoys authority over the medical staff and patients.