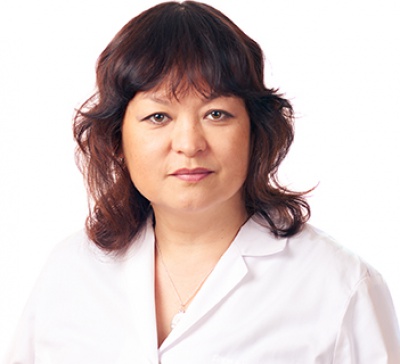 Zoy Elena Vladimirovna was born in 1962, in 1987 she graduated from Ivanovo State Medical University, the faculty of pediatrics.

In 1994 she worked in the children’s department of clinic № 1 in Tula.

In 1995 Elena Vladimirovna received the graduate children’s neurologic education and in 1995 she started her work as a psychoneurologist in Psychoneurological Sanatorium "Junost’".

In 1996 on the contract basis she was accepted on a post of neurologist in ZAO “The Institute of Clinical Rehabilitation”. For the work period Elena Vladimirovna has a reputation as the highly professional specialist, who is constantly mastering her skills and learning the latest scientific advances in medicine.

Elena Vladimirovna has several scientific works on the problems of myofascial pain caused by the ICP. She reported on myofascial pain syndrome in the pediatrics at the 4th International Symposium in Helsinki (Finnland).

During all her work period E.V Zoy remains a practitioner. She is very attentive to all her patients, that is why she is one of the beloved doctors. Elena Vladimirovna is also held in proper respect among the medical staff.