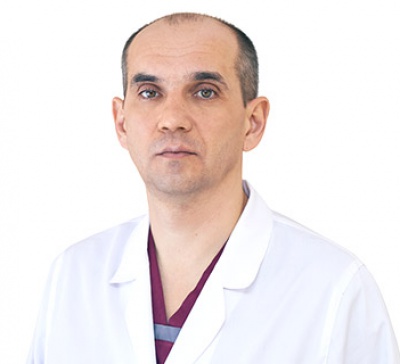 Chereshnev Andrej Ivanovich was born in 1971. In 1996 he graduated from Saratov State Medical University by the speciality Medical Business.

In the period of 2002 – 2004 Chereshnev A.I. was training in clinical residency under the Russian State Medical University by the speciality "Traumatology and Orthopedics".

Chereshnev A.I. has been working in ZAO "Institute of Clinical Rehabilitation" since 2004.

He is a competent specialist, who is constantly mastering his professional skills and learning the latest scientific advances in medicine. Andrej Ivanovich sticks to the standards of medical care, indicated in the existing legislation in the sphere of health protection. He observes all the licence requirements in his medical practice. Andrej Ivanovich is providing the training on emergency action for the hospital staff and paramedical personnel. In his work he sticks to the deontology principal. The doctor follows the mental and ethical standards while communicating with the medical staff and patients.

Chereshnev A.I. is a practitioner, who is very responsive to his patients. Andrej Ivanovich is on equal and benevolent terms with the colleagues. He enjoys the proper authority over the institutional staff.